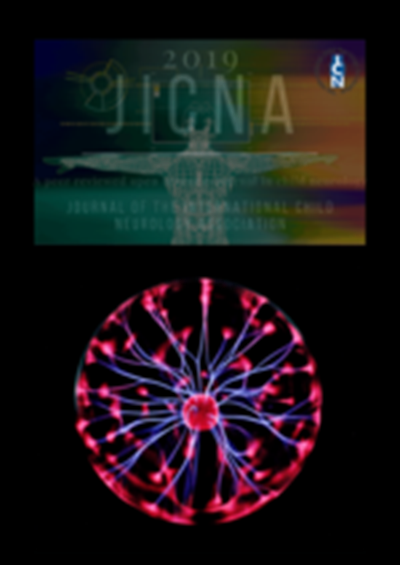 The lack of access to proper neurological care is a significant problem in low- to middle-income countries. The World Health Organization (WHO) recommends a ratio of one neurologist per 100,000 inhabitants. In the USA, there is approximately one neurologist per 26,200 people.1 In African countries, this ratio ranges from 1:711,856 to 1:5,099,908.2 In Latin America and the Caribbean, the ratio is about 1.18:100,000 with most neurologists concentrated in large urban areas.3

From a global perspective, a total of 270,000,000 people live in countries where there are fewer than five neurologists2, while some nations have no neurologists at all. Updated statistics from the WHO showed a substantial difference in access to neurological care in different regions of the world. Low-income countries have an average ratio of 0.1 neurologist per 100,000 inhabitants (0.04:1000,000 in the African region) compared to 7.1:100,000 in high-income countries.4

Despite a recent decrease in communicable diseases observed in low- to middle-income countries1, the prevalence of neurological conditions, such as perinatal injuries, cerebral palsy, traumatic brain injury and neuro-infections remains high. Neurocysticercosis, tuberculosis and malaria contribute to the increase in the number of seizures and patients with epilepsy, increasing the demand for neurological care in endemic regions.

The main causes of cerebral palsy are birth complications and postnatal infections, compared to higher-income countries, where the main etiology is prematurity. The rate of kernicterus is also high and contributes to the high incidence of cerebral palsy. The treatment gap for these children5,6 is widened further by the limited access to care and lack of adaptive equipment.

Other neurodevelopmental disorders, such as autism spectrum and attention deficit hyperactivity, as well as intellectual disability are highly prevalent in low-income countries.7 These disorders are often managed by primary paediatric healthcare services, and the medical personnel responsible for diagnosis and treatment usually lacks appropriate training.8

Limitations to delivery of care in resource-limited countries

Data about availability of neurodiagnostic tests is scant. A recent survey showed that availability of EEG and EMG (electromyography) correlated with per capita income, as did CT (computed tomography) scans and MRI (magnetic resonance imaging). Patients in lower-income countries also appear to have a longer waiting time for the performance of these tests.9

Most neurodiagnostic tests are affordable for >70% of the total population in America and Europe, but the lowest affordability is in Africa and Southeast Asia. In these regions, the majority of tests are affordable by <50% of the total population.9 These factors likely contribute to the inappropriate diagnosis and treatment of neurological disorders in low-income areas.

There is frequently a limited supply of medications, especially AEDs (antiepileptic drugs). An insufficient supply of AEDs was reported in 53% of countries globally according to the WHO (2015). About 48% of low-income countries have at least one anticonvulsant available at hospital level vs 94% of high-income countries.4

Formularies usually carry early generation AEDs, such as phenobarbital, carbamazepine, phenytoin and valproic acid. Even when these drugs are available, they are often prohibitively expensive in low- to middle-income countries, despite being relatively inexpensive elsewhere.10 Inconsistent availability of any single drug limits the patient's ability to remain adherent and increases the risk of breakthrough seizures.11 A Pan American Health Organization (PAHO) summary showed that only 62% of the countries in Latin America and the Caribbean had AEDs consistently available throughout the year at primary healthcare facilities.3

Doctors and local health workers working in public hospitals usually have suboptimal salaries and high workloads. This may force physicians to work at least part-time in private practices; however the services provided in private settings are extremely expensive and inaccessible for the majority of the population.3 Moreover, many local governments do not invest in the training of medical personnel interested in paediatric neurology and this may result in a poor retention rate.12 Doctors seeking training in Western institutions may not return to their home countries.

Navigating these healthcare systems can also be very challenging for families living in rural areas. In particular, it may be difficult to access the regular follow-up care that is needed in the management of chronic conditions. Patients and families in need of such services may lack the economic resources to cover costs of transport, medications or testing. This is due to the fact that much of healthcare financing in these regions is covered by out of pocket payments without governmental support.13

The development of local training programmes is crucial to improve delivery of neurological care in countries with limited resources. Training of primary care personnel interested in paediatric neurology should be a priority. This is especially important in countries with few or no formally trained paediatric neurologists. Training modules should focus on diagnosis and treatment of common disorders and on the identification of complex neurological conditions that need referral to subspecialty centres, if available.

Ideally, this training should be provided by local or regional centres of excellence with the capacity to provide subspecialty care. Programmes such as the ‘African Paediatric Fellowship Programme’ in South Africa aim to increase the number of African child neurologists, but there are budget limitations.12 Supporting these programmes and promoting the creation of training centres in different regions is essential to their success.

Local medical centres of excellence or tertiary care hospitals can play a crucial role not only in the training of medical personnel, but also in the development of research projects of interest to the local community. This is important for the gathering of epidemiological data and implementation of specific interventions aimed at reducing the gap in medical treatment. Large, regional medical centres can develop telemedicine projects to reach underserved populations.14,15

These centres can work with communities and the government in the creation of public health policies. Tertiary centres in India, such as the All India Institute of Medical Sciences, have developed useful diagnostic instruments which can be used for primary care providers, and have created very comprehensive models of collaboration with governmental agencies, healthcare providers and families, in order to improve diagnosis and treatment of neurodevelopmental disorders.8,16,17

Development of national programmes in collaboration with medical colleges is important in order to create effective projects.18 Joint efforts between local leaders and national or international medical societies and institutions also offer a great opportunity to facilitate training and develop high-impact educational projects. The active involvement of local leaders is crucial for the development of programmes that are relevant to the specific regions and to ensure long term sustainability and acceptance by the community. A continuous medical education programme can support formal local training though annual courses or workshops.

The creation of online educational material is another training alternative. Websites and training modules can be periodically updated to reflect the most current evidence-based practice and standard of care. Online courses are a very useful tool for local physicians who otherwise lack the economic resources to travel to specialised centres, locally or abroad. The International Child Neurology Association (ICNA) offers and provides a series of free online training courses (available at ICNApedia.org). Cooperative efforts between medical societies could strengthen these valuable resources.

Multi-society collaboration is possible and essential for produce high-impact programmes. One such example is the partnership between the ICNA and the Child Neurology Society (CNS). Both societies collaborated in the planning and creation of multiple educational activities in different regions, including South America, Central America, the Caribbean, Asia and Africa. These symposiums and training workshops were planned with direct involvement of local Paediatric Neurologists or Paediatricians and were adapted to the local needs.19

Another example is the collaboration between the International League Against Epilepsy (ILAE), the International Bureau for Epilepsy (IBE), and the WHO in the Global Campaign Against Epilepsy. These organisations have worked together to raise epilepsy awareness and to support national and regional organisations in promoting services for people with epilepsy. By organizing regional conferences, educational materials, and large scale interventional ‘demonstration projects’, they have been able to improve epilepsy legislation and increase funding for research and treatment in previously underserved regions.20, 21

Collaborative efforts in the Caribbean region also illustrate the importance of partnership to develop long-term, sustainable programmes. The Caribbean is a diverse region with over 7,000 islands grouped by history or affiliation into 28 separate countries or territories. Populations range from over 11 million in Cuba to approximately 5,000 in Monserrat. Most of the islands in the Caribbean are English-speaking, but other languages such as Spanish, Dutch and French are spoken as well.

Year-round neurological services are available in only four of the 20 Anglo-Caribbean or English-speaking islands and there is limited access to neuroimaging and EEG. The availability of antiepileptic drugs is also variable in the different regions.

Multiple educational activities and training programmes have been developed in the region with local leaders working together with national and international societies, including the ILAE (International League Against Epilepsy), ICNA (International Child Neurology Association), CNS (Child Neurology Society), Jamaican League against Epilepsy and Epilepsy Society of the Caribbean. Advocacy and engagement of local government has been an important factor in the success of such programmes, with the focus of these joint efforts aimed at improving diagnosis, and reducing treatment gaps and stigma in patients with epilepsy.22, 23.

Medical societies can also facilitate joint efforts between local leaders in different regions. In 2013, the ICNA supported doctors from 22 African countries meeting to discuss challenges in the diagnosis and management of children with cerebral palsy.24

Lack of access to paediatric neurological care is a significant problem in low- to middle-income countries, often due to a combination of factors. Frequently, there may be insufficient or inadequately trained medical personnel, inconsistent availability of medications, lack of adequate facilities and equipment, and/or difficulty in accessing follow-up care for patients and families.

The political and socio-economic environment of each country and the low number of formally trained paediatric neurologists are problems that these regions will continue to face, at least for the short term. There is a need for international outreach programmes and educational activities to produce a positive impact in the neurological care provided in these regions. They will have to focus on the training of doctors and healthworkers in paediatric neurology, and on making neurological conditions a priority in terms of the financing, research, and improving the access to care. In some instances, online training modules may help to meet these needs. Partnership with local leaders will be essential. This may include the involvement of local and national governments and advocacy groups, as well as local physicians and other healthworkers, and, in some cases, traditional healers.

Collaborative efforts between medical societies and these local groups will be vital to the success of these initiatives, and for the improvement of access to paediatric neurology care in these underserved areas.

The lack of access to proper neurological care is a significant problem in low- to middle-income countries.The development of local training programmes, development of national programmes in collaboration with medical colleges and creation of online educational material are examples of various initiatives currently being implemented across the world.Collaborative efforts between medical societies and these local groups will be vital to the success of these initiatives, and for the improvement of access to paediatric neurology care in these underserved areas.

Moshe SL. The International League Against Epilepsy at the threshold of its second century: Challenges and opportunities. Epilepsia. 2009; 50(12):2508-13. PubMed

WHO Executive Board, 136. Global burden of epilepsy and the need for coordinated action at the country level to address its health, social, and public knowledge implication.. WHA68.20. 2015. PubMed