Neurological outcome in newborns with congenital heart disease and seizures 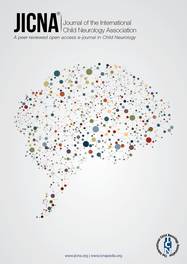 Neonatal seizures are the most common clinical expression of central nervous system dysfunction in newborns and one of the most frequent neurological emergencies during this stage of life. They are usually the first sign of neurological involvement and an indicator of the risk of mortality and/or neurological sequelae. Most seizures are symptomatic; hence, the prognosis is usually poor.

The recognition of seizures in the neonatal period varies between institutions, and this may contribute to the variability in results found by different investigators. In contrast to what is seen in children and adults, seizures in neonates are rarely generalized tonic-clonic. Subtle seizures with scarce clinical manifestations are frequent. Also, electro-clinical dissociation frequently makes the diagnosis difficult. This is more marked after administering antiepileptic drugs. Such differences make it troublesome to assess the prevalence of neonatal seizures, which has been reported to be 0.5-1.4% [1,2] interm newborns and 20-25% in preterm babies.

Neonates with congenital heart disease have a high risk of cerebral lesions, seizures, and neurological impairment. By congenital heart disease, we refer to the group of congenital malformations present at birth that include cyanotic as well as non-cyanotic cardiac lesions. Their incidence is 4 to 50 per 1,000 live newborns [3, 4] and they are an important cause of neonatal morbidity and mortality. Numerous studies report a frequency of neurological sequelae of 9 to 49% [4,5]. Of those newborns, 50% will require corrective surgery.

In recent decades, advances in various corrective surgical techniques and in neonatal intensive care have improved survival rates in these children. Nevertheless, the goal of decreasing pre- and post-operative mortality, particularly that related to neurological complications, remains a challenge.

The purpose of this study is to analyze the etiology, electroencephalographic (EEG) findings, neuroimaging, and neurological sequelae of newborns with congenital heart disease who presented with seizures during their neonatal intensive care unit admission.

We were particularly interested in identifying independent predictive factors for neurological sequelae, epilepsy, and mortality in this population.

This study is based on a retrospective, descriptive, analytical evaluation of newborns with congenital heart disease who presented with at least one seizure during their admission to the Neonatal Intensive Care Unit of the Hospital Italiano, Buenos Aires, Argentina between June 2005 and June 2011. Data was collected by reviewing the clinical charts.

A pediatric cardiologist made the diagnosis of congenital heart disease, performed the clinical assessment, and reviewed the echocardiogram and electrocardiograms.

EEGs were performed within the first 48 hours of the first seizure in all newborns. Depending on infant's head size, 21 or 10 cerebral electrodes were applied according to the 10-20 International System. A technician who was present throughout the recording monitored the study. Recordings lasted 60-120 minutes in order to record periods of wakefulness and spontaneous sleep.

Two independent pediatric neurophysiologists experienced in interpreting neonatal EEG's with monopolar and bipolar montages read the EEG's. The EEG recordings were categorized according to Holmes and Lombrosos' classification [7] as: normal (organized, continuous and symmetrical without epileptiform activity), with minimal abnormalities (immature baseline rhythm, excessive discontinuous activity or mildly decreased voltage), moderate or focal abnormalities (epileptiform activity, frequency or voltage asymmetry), ictal activity (repetitive paroxysms with a clear beginning and evolution with a duration of more than 10 seconds in duration [8]), and severe abnormalities (isoelectric or markedly low voltages or a burst-suppression pattern).

In accordance with ILAE guidelines, epilepsy was defined as a disorder of the brain characterized by an enduring predisposition to generate epileptic seizures [9].

Patients who presented with a congenital abnormality associated with a genetic disorder, dysmorphisms, or abnormalities in other organs were also evaluated by the genetics department.

For categorical univariate variables, we used Fisher's test and a 2 x 2 table. A p value less than 0.05 was considered statistically significant.

Dichotomous variables (presence or absence of an abnormal neurological exam, epilepsy, and mortality) were compared with the type of congenital heart disease, Apgar score at 1 and 5 minutes, birth weight, EEG, presence of convulsive status, sex, etiology of the seizure, sepsis and mechanical ventilation.

The statistical analysis was performed with Stata software, version 8.0.

The incidence of neonatal seizures in the neonatal intensive care unit was 2.7%. Among the neonates with congenital heart disease, 29 (8%) had at least one seizure during hospital admission, p=0.031 and 20 (69%) of them had a cyanotic heart disease. The most frequent cardiac abnormality was transposition of the great vessels in 6 newborns (21%) followed by pulmonary artery stenosis in 5 newborns (17%) (Table 1).

All patients had structural/metabolic seizures. The median age at the first seizure was 11 days. In 15 neonates (52%), the seizure occurred in the context of acute hypoxia associated with hemodynamic decompensation, sepsis in five newborns (17%), and stroke in two neonates (7%). One occurred during corrective surgery, and one was associated with a malformation of cortical development. In 5 neonates (17%), the etiology could not be determined, and the seizure was considered cryptogenic or possibly symptomatic. Abnormal findings on neurological exam were seen in 22 patients (76%). We observed hypotonia in 9 newborns (31%), hemiparesis in 6 neonates (21%), and encephalopathy or an altered level of consciousness in 6 newborns (21%) (Table 2).

While 14 neonates (48%) had a single seizure, the remaining neonates had more than one seizure. Of them, 4 (14%) presented convulsive status, and 2 neonates (7%) persisted with seizures in spite of treatment with adequate doses of antiepileptic drugs.

Treatment with phenobarbital was administered to 27 newborns (93%) as a first antiepileptic drug. As 8 newborns (27.6%) persisted with seizures, 4 (14%) received diphenylhydantoin, 3 neonates (10%) received oxcarbazepine, and 3 received (10%) benzodiazepines. Antiepileptic drugs were not indicated in 2 (7%) newborns.

A total of 9 neonates died (31%) due to hemodynamic decompensation associated with cardiovascular failure and/ or sepsis. No newborn died during a seizure. Two neonates had a left ventricular hypoplasia and two had a ventricular septal defect (Table 1). Among the patients who died, all had EEG abnormalities that were focal in 4 out of 9 newborns (44%), minimal in 4 of 9 (44%) newborns, and with a burst- suppression pattern in one. A history of convulsive status epilepticus was observed in 4 newborns (44%).

An MRI was performed in 7 of the 9 neonates. We observed ischemic lesions with involvement of borderline territories in 4 neonates (57%). One had intraventricular hemorrhage (a preterm neonate), and one had calcifications. One patient had a normal MRI.

On univariate analysis, the following were not associated with higher morbidity or mortality: cyanotic congenital heart disease, more than one seizure during hospitalization (excluding newborns with convulsive status), use of mechanical ventilation, history of sepsis, or gestational age of less than 37 weeks.

At 6 months follow-up, 2 more patients died. One infant died during a hemodynamic study, and the other infant died due to an acute heart failure. Of the 18 infants, 6 (33%) had a normal neurological exam, and in all, neurological exam had been normal at the time of hospital discharge. Four of 6 (66%) had a single seizure during hospitalization, 5 of 6 (83%) had a normal EEG, and one patient presented decreased amplitude on the EEG.

Newborns with congenital heart disease have an increased risk of neurological sequelae associated with a high incidence of development impairment and motor deficits.

Neurological status of neonates with decompensated congenital heart disease is usually abnormal [10,11], and it is not rare to find associated microcephaly and malformations of cortical development. Studies have shown that cerebral blood flow may be very low in neonates with uncorrected heart disease, demonstrating cerebral ischemia and white matter lesions consistent with periventricular leukomalasia. Furthermore, these newborns are exposed to an increased risk of hypoxia, acidosis, and hypotension [12,13].

It is well known that seizures affect cell division and migration, receptor formation, sequential expression of receptors, synaptogenesis, and neuronal apoptosis. Such changes entail long-term cognitive consequences as well as implications for control of future seizures [6,14]. In the management of neonates with seizures, the main goal is to identify the etiology. An adequate diagnosis may lead to specific treatment, thus limiting damage to the developing brain.

Although many publications in the literature analyze the incidence of seizures, the etiologies, and semiology during the neonatal period, few studies have looked at the subgroup of neonates with CHD who presented with seizures as a neurological complication.

Among neonates with congenital heart disease, 8% presented with at least one seizure during hospital admission. Gaynor et al. reported an 11.5% when performing post-sur-gical 48- hour video EEG [15].

In this population, all seizures were structural/metabol-ic, and the main etiology was acute hypoxia secondary to hemodynamic decompensation and occasionally to sepsis. These findings agree with those of other studies, which report that about two thirds of neonatal seizures are due to hypoxic-ischemic encephalopathy [2]. Morbidity in this population is high, and 76% of newborns have abnormal neurological findings within the next 24 hours after the first seizure. At 6 months, 67% of the patients who survived had neurological sequelae. When the neurological exam and EEG were abnormal at discharge, the risk of neurological sequelae was higher.

Mortality was high; 38% of the patients died, and 81% of deaths occurred during admission.

Studies that analyzed the morbidity and mortality of term and pre-term neonates with seizures, regardless of the etiology, report similar findings: mortality 19-33%, risk of neurological sequelae: 27-67%, and normal outcome: 22-25% [16,17].

Although we found a similar mortality rate, in contrast with other series of neonatal seizures ours has a high percentage of term neonates at 86%. In this subgroup of term newborns, the mortality was 32%. Studies that assessed mortality in term neonates with seizures, regardless of the etiology, found a mortality rate of 7- 9% [2,18]—less than one third of the rate in our series.

In our population of neonates with congenital heart disease, all four newborns who presented with status epilepticus died. Studies in the literature report a mortality risk of 20-35% in neonates with convulsive status admitted to the neonatal intensive care unit with various baseline diseases [2,19].

Since the diagnosis of seizures remains clinical, it is subject to errors, either of over- or under- diagnosis. However, it is worth noting that neonatologists and nurses are widely experienced in the diagnosis of neonatal seizures. Data regarding the type of cardiovascular surgery and time on-pump were incomplete. Hence, they have not been analyzed in this study.

We believe that this study adds to the existing data that are predictive of morbidity and mortality in this population at risk.

The work was written at the Department of Pediatric Neurology of the Hospital Italiano de Buenos Aires, Argentina.

We (all authors) do not have any conflicts of interest in connection with the submitted article, and we did not receive any compensation for writing the article.

This is an Open Access article distributed under the terms of the Creative Commons Attribution License (http://creativecommons.org/ licenses/by/4.0), which permits unrestricted use, distribution, and reproduction in any medium, provided the original work is properly-credited. The Creative Commons Public Domain Dedication waiver (http://creativecommons.org/publicdomain/zero/1.0/) applies to the data made available in this article, unless otherwise stated

Background: Newborns with congenital heart disease have a high risk of seizures, associated to developmental delay, cerebral palsy, and epilepsy.

In this study we analyzed the etiology of seizures, electroencephalographic findings and outcome of newborns with congenital heart disease and seizures.

Methods: We retrospectively identified 29 newborns with congenital heart disease, who presented with at least one seizure during their admission to the Neonatal Intensive Care Unit of the Hospital Italiano.

Results: All newborns had structural/metabolic seizures. Median gestational age was 38 weeks (30-40 weeks, four pre-term) and median birth weight was 3100 g. (range: 1200-4375). Neurological exam was normal in seven neonates (24%), fourteen had only one seizure and four developed status epilepticus.  The EEGs were abnormal in 21 newborns (72%). Ten showed focal paroxysms, ten showed minimal alterations with low amplitude and one had a  burst-suppression pattern.

Conclusions: In this population we observed a high mortality and an adverse neurological outcome. Abnormal EEG, abnormal neurological exam and status epilepticus were significantly related to mortality.